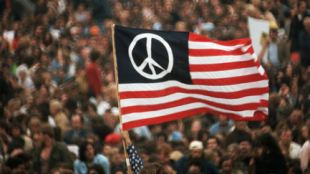 (Source)   On January 3, 2020, so many people visited the Selective Service webpage that it crashed. The crash came hours after the announcement that Quasem Soleimani was killed by a U.S. airstrike ordered by President Donald Trump. In light of threats of a World War III and fear of a looming draft, the hashtag #WorldWarIII was one of the top trends on Twitter that day. Operated under the United States government, the Selective Service System’s mission is “[t]o register men and maintain a system that, when authorized by the President and Congress, rapidly provides personnel in a fair and equitable manner while managing an alternative service program for conscientious objectors.” In January, the Selective Service webpage read in red, “THERE IS NO MILITARY DRAFT.” While the possibility of another world war frightens many U.S. citizens, beliefs about war prior to service are taken seriously in most instances. However, beliefs about war that are the result of military-linked experiences are more complex. Ignoring the possibility of a draft, which does not appear to be coming, what happens when an individual freely signs a contract with the military and then changes their mind, claiming to be a conscientious objector? Current military [read more]