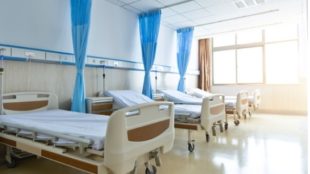 (Source) During the onset of the COVID-19 pandemic in the United States, states struggled in part because the disease caused demand for hospital beds to outstrip supply. Around one month into the pandemic, in New York City, for example, only about 300 intensive care unit (“ICU”) beds remained available. States reacted by creating more medical facilities, and New York City mobilized public and private hospitals to create more beds and ICUs. The sudden spike in demand for medical care brought into question existing certificate of need laws. Certificate of need (“CON”) laws require anyone who wants to construct a new healthcare facility to obtain permission from the state first. The state often requires that the applicant pay a fee and establish that there is a public need. Many states also allow interested parties to object to the new facility. New York passed the first certificate of needs of law in the mid-1960s. The idea behind these laws was to allow states, instead of the market, determine whether there is a public need for additional medical facilities. In normal times, perhaps the idea of states restraining the spread of medical facilities may make sense. However, these laws hampered states’ responses to [read more]