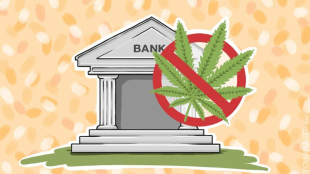 (Source) With the increase in the number of states legalizing cannabis for recreational or medical purposes, issues come to light surrounding the implications of the relationship between the legal cannabis industry and banks. Due to marijuana’s current illegal status under federal law, the legal cannabis industry suffers in several ways from its lack of banking access. As of 2019, in the United States, marijuana is legal in 33 states and Washington, D.C., for medical use, but only twelve of those jurisdictions allow both medicinal use and recreational use of marijuana. While most states have legalized marijuana in some form, under 21 U.S.C. 812(b)(1), marijuana is a substance with a high potential for abuse, has no currently accepted use for medical treatment, and a lack of accepted safety under medical supervision (Schedule I substance), and remains illegal under federal law. Marijuana’s current legality status under federal law makes banks very reluctant to work with the cannabis industry. If banks provide services to the cannabis industry, those banks risk criminal prosecution for not only money laundering, but also aiding and abetting in a federal crime. If desired, banks could file a suspicious activity report for every transaction dealt with by the cannabis [read more]