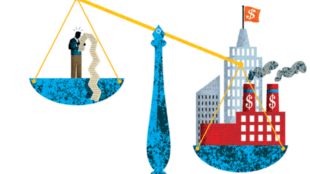 (Source) The right to a jury trial in civil actions, preserved by the Seventh Amendment to the United States Constitution, is quietly being eviscerated. As arbitration provisions have become fixtures within standard-form employment and consumer contracts, millions of individuals may no longer utilize courts to press a variety of civil actions, including medical malpractice, sexual harassment, and discrimination suits. Those individuals are forced to present their disputes before private arbitrators in relatively informal proceedings: arbitrators need not adhere to any rules of evidence and, unlike judges, they do not need to articulate the reasoning behind their awards.  Mandatory arbitration harms employees and consumers. According to Alexander Colvin, a professor of dispute resolution and dean of the Cornell University ILR School, arbitration tends to suppress employment-related claims because claimants are less likely to succeed in arbitration than they are in court and, when they do succeed, the awards are typically smaller than they are in court. Statistics suggest a similar plight for consumer-claimants. For example, according to a New York Times study, Verizon, which had more than 125 million customers as of 2015, faced only sixty-five consumer arbitrations between 2010 and 2014. Moreover, many arbitration provisions in consumer contracts contain class [read more]