In recent years, a number of television networks have created and successfully marketed shows focused on dance and choreography. These programs, such as So You Think You Can Dance, Dancing with the Stars, and World of Dance have created many jobs for choreographers and have, in turn, benefitted those choreographers by promoting their work and providing them recognition among dancers and nondancers alike. However, the structure of these programs and the process by which one might acquire ownership of the choreographic works implicate important issues surrounding copyright. As these shows grow in popularity, choreographers with recurring roles and amateur dance groups who appear on the programs might find themselves in trouble when later pursuing their own creative ventures, as much of their choreography is likely owned by the networks under restrictive contracts or under a doctrine known as “work-for-hire.”

Copyright Law’s primary purpose is to fulfill Congress’ power under U.S. Constitution Article I, Section 8 to “promote the progress of Science and useful Arts.” Prior to 1976, choreography copyright was not expressly covered by law, but could be claimed under the category “dramatic works.” The Copyright Act of 1976 (hereafter, “the Act”) therefore introduced a new medium of copyrightable work by incorporating protection for “pantomimes and choreographic works.”

The Act gives certain rights to the owner of a copyright, including: The right to make copies of the work; the right to sell these copies to the general public; the right to use the work in a different capacity (derivative works); and the right to perform the work in public and collect money for the performance. These rights belong exclusively to the copyright holder, but can be sold to others who wish to use the choreography.

Under the Federal Copyright Act of 1976, a choreographic work must be a full piece of “choreographic work,” original, an expression (rather than an idea), fixated in a tangible medium, and owned by the person who claims protection. To successfully claim copyright infringement, one must prove that the artistic work they are bringing their claim against is “substantially similar” to their copyrighted work.

DEFINING “CHOREOGRAPHIC WORK: While the Copyright Act of 1976 provides protection for “choreographic works,” the Act itself never expressly defined this term. Recognizing the difficulties inherent in interpreting the Act because of the lack of guidance on the term, the United States Copyright Office issued a circular in 2017 to clarify that “choreography” is the “composition and arrangement of a related series of dance movements and patterns organized into a coherent whole.” Additionally, choreography may include certain elements, though the presence of absence of any singular element is not determinative. Common elements include: rhythmic movements of one or more dancers’ bodies in a defined sequence and a defined spatial environment, such as a stage; a series of dance movements or patterns organized into an integrated, coherent, and expressive compositional whole; a story, theme, or abstract composition conveyed through movement; a presentation before an audience; a performance by skilled individuals; musical or textual accompaniment. The Copyright Office even maps out certain movements that do not constitute copyrightable choreography. Again, keeping the definition of choreography narrow aligns with the overarching goal of copyright in promoting the progress of useful arts by keeping simple movements in the creative sphere for all to use.

ORIGINALITY: In order to be eligible for copyright, a work must be original. A work is original if it is independently created by the author and possesses at least some minimum degree of creativity. For example, the plaintiffs in the recent Fortnite copyright cases had difficulty proving that their moves met this originality requirement because they had previously been seen on sitcoms and in music videos.

EXPRESSION: Additionally, in order to be eligible for copyright protection, the choreography must be an “expression,” rather than just an abstract idea. In examining this dichotomy, the United States Court of Appeals for the Ninth Circuit found that even a particular, well-known, sequence of yoga poses and breathing exercises is simply an idea and not an expression. The court reasoned, “successions of bodily movement often serve basic functional purposes . . . [and] do not become copyrightable as ‘choreographic works’ when they are part and parcel of a process.”

FIXATION/OWNERSHIP: Finally, in order to be eligible for copyright protection, choreography must be fixed in a tangible medium. Fixation allows the work to be seen in sufficient detail to “allow the work to be performed in a consistent and uniform manner.” Examples of fixation are videotape, textual descriptions, or official dance notations such as Labanotation. Additionally, one must prove ownership. Typically, choreographers do not own work when they are hired in a “work-for-hire” scenario to produce work for a particular school, company, television show or movie, or theatre production. In such cases, the choreography typically belongs to the producers of such show or production. In one case, the trustees of famous modern dancer, Martha Graham, tried to claim ownership of the choreography Graham produced for an affiliated school, the Martha Graham Center. The court ruled that the majority of the choreography belonged to the school and not to Graham’s estate because the choreography had produced specifically for the school in a “work for hire” scenario.

The dances on these popular television shows likely meet many of the requirements necessary for copyright protection. They are choreographic works,” typically consisting of one to two minute routines, with rhythmic movements, on a defined stage, that convey a particular theme or story. They are “original” in that a choreographer independently creates a new routine each week that possesses at least some minimum degree of creativity, using using the choreography and music to tell a story. They are expressions because they are fully executed pieces of art being performed for an audience, rather than a simple sequence or exercise, as a technical dance class would be. Finally, they are fixed in a tangible medium: the shows are recorded weekly, broadcast on network television, and archived on the internet.

However, one critical element of copyright protection may be particularly problematic for choreographers: ownership. When choreographers sign up to be on these television shows, the routines that they create are likely covered under a “work-for-hire” doctrine, the same doctrine that guarantees that the choreography of a Broadway musical belongs to the producers of that show. It is easy to see why such a relationship is mutually beneficial in the beginning. From this agreement, the network has the rights to broadcast and play re-runs of the routines and potentially use the choreography in different mediums such as live stage shows and tours. In return, the emerging choreographers are paid money and gain exposure to a worldwide audience – an audience so large that it catapults their careers, even resulting in Emmy wins for some. So, even though the bargaining power of the parties may be greatly imbalanced, most choreographers would admit that the payoff is worth it.

In the alternative to a “work-for-hire” model suggested above, it is possible that the television networks maintain even more restrictive and one-sided contracts with their choreographers, clearly using their power to exploit artists with less business acumen and power to negotiate. For example, any individual who auditions as a dancer for Fox’s So You Think You Can Dance must submit an initial audition release in which that individual “grant[s] Producers, without charge, the rights to perform…choreography in any and all media, whether now known or hereafter devised, or for any other purpose whatsoever, throughout the universe in perpetuity.” Further demonstrating the coercive language of the terms, the contract states that individuals acknowledge on that their “portrayal in the Program may be disparaging, defamatory, embarrassing or of an otherwise unfavorable nature which may expose [them] to public ridicule, humiliation or condemnation.” If the network goes so far as to claim ownership, in perpetuity, of choreography that might not even be aired, they undoubtedly have inserted at least some coercive language into the contracts of those professional choreographers whose work is of definitively of greater value to them. The sophisticated legal teams at these networks know that they can gain exclusive rights over this choreography in exchange for the dream of becoming a breakout star of reality television.

But what happens after a choreographer leaves these shows to pursue creative ventures of their own? Contractually, it would seem that they’re not allowed to use any of the choreography that previously appeared on these shows under contract. This is problematic in two different scenarios.

The first scenario involves the choreographer who has been choreographing for a television show for many seasons. When hired to choreograph in any other capacity by any other employer, must this choreographer pull out an entirely new routine with new themes, storylines, patterns of choreography, and movements each and every time? If the new routine has a “substantially similar” phrase to the old routine, can the network claim copyright infringement? Surely, this would  “promote the progress of Science and useful Arts” by forcing creativity upon the choreographer. However, at some point it would hinder the art of choreography by limiting the creative sphere of movement that is not subject to copyright infringement claims. Though limited case law or anecdotal evidence exists on this subject, the Martha Graham case provides some guidance. If a choreographer like Martha Graham, who was the sole creator of her own works, is unable to claim ownership and overcome the “work-for-hire” doctrine, it seems unlikely that any individual who has created work for the purpose of and in conjunction with a television network will later be able to claim any rights. Further, the Martha Graham case shows us that, no matter how expansive the body of work, courts are reluctant to bypass this work-for-hire doctrine.

A second scenario arises when amateur dance groups appear on these competitive dance shows with routines that they have choreographed prior to contracting with the television networks. While the network might claim that the choreography was modified as a “work-for-hire” for the show, the dance groups probably have a stronger argument that the dances were initially choreographed for a different purpose. That primary purpose would be for use in their daily training and competitive aspects. The network show simply acts as an elevated platform for them to demonstrate the work they have done primarily in their home dance studios and expose that work to a larger audience. Especially as young dancers who are still training, it would seem that allowing the groups to claim this choreography as their own and allowing them to continue to perform in recreational and pre-professional capacities would better align with with the goal of “promot[ing] the progress of Science and useful Arts.”

These network television shows had undoubtedly done a great deal of good for the dance industry. However, they raise many issues about the coerciveness of their terms, the murkiness of the “work-for-hire” doctrine, and the unprecedented issues of applying that doctrine to choreography in many different realms and capacities. As these shows continue to dominate our television screens, take in more emerging choreographers, and become the primary vehicle for choreographers to grow their fanbases, it will be interesting to see how these issues surrounding copyright law play out. 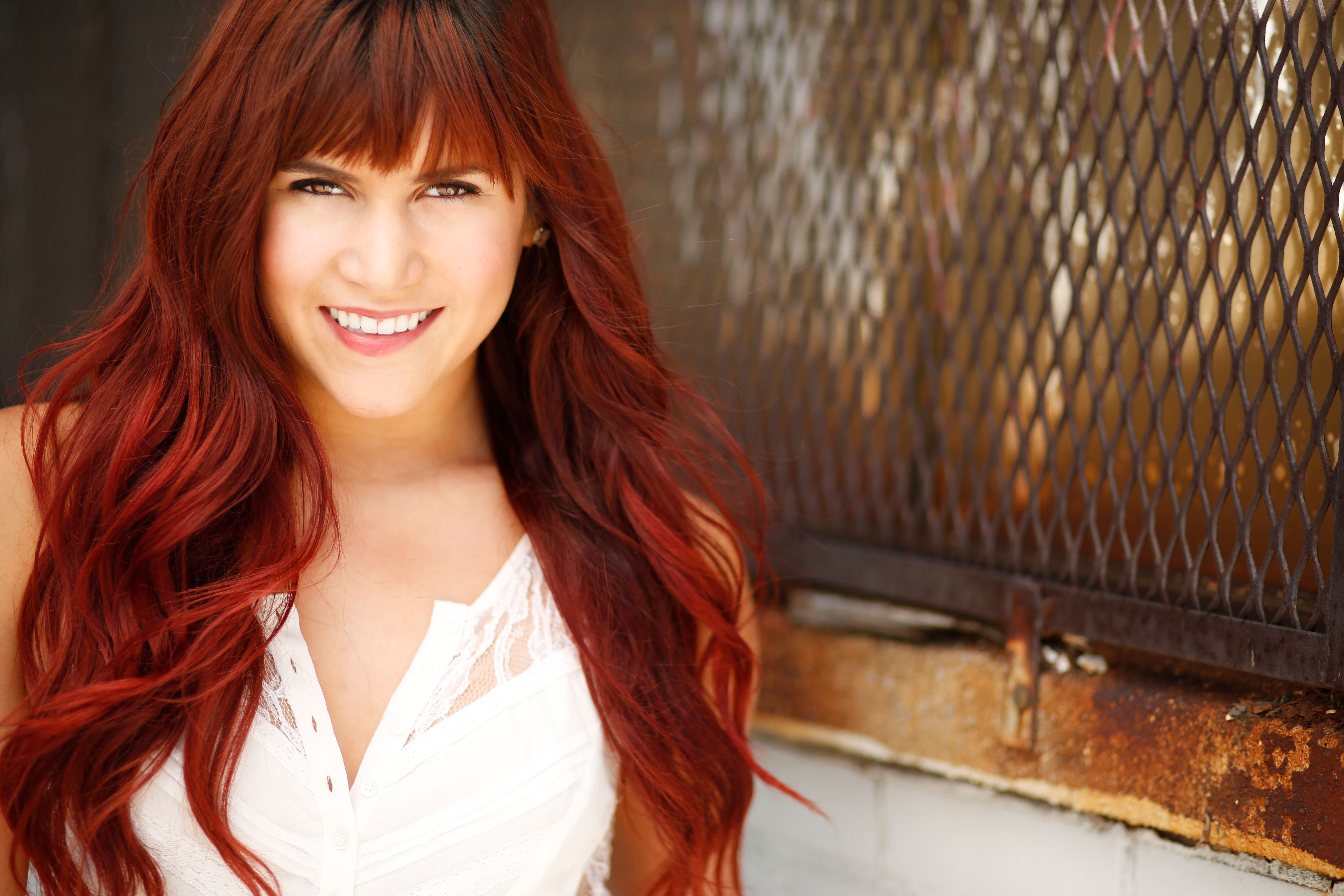 Elleni Avila is a JD Candidate for the class of 2021 at Cornell Law School. She holds dual Bachelor of Arts degrees in Arts Management and Psychology from The Ohio State University. Prior to attending law school, Elleni danced competitively and professionally for 20 years. She is an avid fan of college football, musical theatre, and reality television.

Suggested citation: Elleni Avila, “May I Have This Dance?”: Issues with the “Work-for-Hire” Doctrine and Coercive Contracts in Claiming Ownership of Choreography, Cornell J.L. & Pub. Pol’y, The Issue Spotter, (Sept. 29, 2019), http://jlpp.org/blogzine/may-i-have-this-dance-issues-with-the-work-for-hire-doctrine-and-coercive-contracts-in-claiming-ownership-of-choreography/.