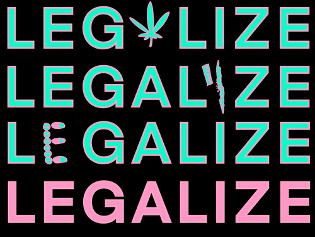 Legalizing recreational drug use, which is not morally wrong since its use does not directly harm anyone but the user, will benefit society as a whole by allowing for safer participation, less incarceration, and increased economic contributions through taxes. Since the passage of the 21st Amendment in 1933, which ended the nation’s prohibition on alcohol, the consumption of alcohol has been embraced by society overall. The government legalized alcohol and society widely accepted and consumed it, despite its proven immediate and long-term dangers. Thus, given its approach to alcohol use, the government should permit its constituents to decide what substances they put in their bodies.  Realistically, people will use drugs if they want to use drugs. I am not advocating for an entirely hands-off approach; rather, I argue that broadly legalizing drugs will allow lawmakers to hone in on the aspects of drug use that have raised concern for decades.

Legal access to drugs does not necessarily equate to increased use and instead creates an opportunity for better oversight. Thus, legalizing all drugs will allow the government to regulate these substances more effectively by crafting targeted legislation, made in conjunction with scientific research, to standardize the drugs’ manufacturing processes. As a result, manufacturers would be required to follow standardized chemical compositions and formulas to a tee when producing the drugs, just as the pharmaceutical industry does in its manufacturing processes. Standardizing the production process also reduces the risk of a drug that is laced with something unexpected (i.e., heroin laced with fentanyl) because a regulated manufacturer following a set formula will have produced the drug.

Regulation, however, should go beyond manufacturing and establish approved distribution channels based on the dangerousness levels of the drugs. For instance, drugs classified as highly dangerous or addictive will be distributed at designated centers by registered nurses who will administer dosages below the amount that would cause an overdose. In addition to providing proper dosages, these centers would also provide support to users wanting to quit and to those in recovery. For drugs deemed lower risk than, say, heroin or methamphetamine, the distribution channels will be retail-like store locations, similar to marijuana dispensaries. These stores will be strictly monitored to ensure their suppliers are approved manufacturers and to oversee transaction records. The regulations could go a step further in monitoring the transactions by requiring that these “drug” stores be credit only. As the United States continues to trend away from the use of cash, credit only “drug” stores would allow the government to better track the stores’ transaction histories.

The legalization of drugs would not necessarily lead to increased use because there is “a diminished ‘forbidden fruit’ effect.”  Additionally, teen drug use has gone down since the legalization of marijuana.  Parents will have an easier time monitoring their children to make sure they are not buying drugs if the stores are credit only. Additionally, the stores will be required to check identification prior to entry and would suffer penalties, such as large fines, for non-compliance with this requirement.  Containers would be child-proof, and it would be a felony to buy drugs for a minor.

Part 2: The Benefits of Legalization and Regulation

Legalization would allow past non-violent drug-related offenses to be expunged and current sentences pardoned, thus helping save families torn apart by the criminal justice system. The pardoning and expungement of sentences would not apply to those convicted of violent crimes or tampering, but rather to individuals convicted of possession and distribution. Studies show that growing up in households without both parents leads to crime overwhelmingly more often than growing up in households in the same area in an “intact” family. Pardoning drug-related “crimes” will aid in providing greater stability to households in communities across the nation, which will, in turn, lead to a decrease in future violent crime.

Additionally, legalization will reduce crime by creating a legal drug market, which competes directly with the cartels’ and drug dealers’ businesses. A legal drug market lessens the impact and influence of the cartels and drug dealers – who ruin communities – which should result in less gun violence and less recruitment of high school students to work the drug trade. Studies have shown that crime rates fell significantly in neighborhoods with dispensaries in Colorado. Additionally, a 2014 study found that homicide and assault have been steadily decreasing in states that have legalized marijuana.

Furthermore, legalization will positively impact the economy and society by raising billions in tax revenue. Lawmakers could earmark a percentage of tax revenues stemming from the legal drug market for the communities battling the greatest drug issues. This money would help fund drug education programs and rehabilitation centers while also providing adequate funding and access to those in need of addiction-related aid. The excess could be used for whatever the state sees fit. With an estimated net increase in government revenue of over $19 billion, legalization clearly provides a massive economic benefit that, in turn, can further improve our society. Thus, the potential to improve people’s lives on a macro level makes the legalization of all drugs an attractive option.

Legalization also has the potential to alter society’s perception of recreational drug use and drug users by minimizing stigma. Notably, Portugal decriminalized all drugs and saw a dramatic drop in “problematic drug use, HIV and hepatitis infection rates, overdose deaths, drug-related crime and incarceration rates.” The country’s decriminalization of drugs changed the perception of those with drug problems. Instead of referring to drug addicts as “junkies,” they were referred to as “people who use drugs” or “people with addiction disorders.” Changing the legal classification of the drugs changed the perception of the people with the illness, and those who needed help were more encouraged to obtain that help. This was a crucial step towards making Portugal a safer place for those with addiction. Legalization in the United States could be the start of adjusting society’s perception of drug use and creating an environment that assists drug users instead of punishing them.

To maximize the benefit of regulating drug use, there needs to be legalization in the United States. Decriminalization is not enough. “Decriminalization is the removal of criminal penalties if caught in possession. However, fines and smaller penalties may exist.”  “Legalizing would be treated similar to alcohol and tobacco in that regulations would exist for how and where it could be purchased, used, etc. There would likely be age limits for purchase and rules for when it can be used.” Decriminalization may increase the demand for the drugs and thus increase the price. Regarding decriminalization, “[i]f production, distribution and sale remain illegal, supply will not increase proportionately, so the price… will rise, increasing both profits and the motivation of those involved in the supply chain to exert control over the market.” Legalization, on the other hand, would create jobs and would place legal requirements on what is being sold and the method of sale. There would be requirements for quality as well as age and licensing to help ensure that the products are being made and sold responsibly. Legalization would allow businesses to produce and sell products under the cover of the law. Finally, legalization would provide a legitimate market with storefronts, whereas decriminalization would still require purchases from drug dealers.

Decriminalization is not enough. Decriminalization will lower incarceration rates, but it will not have as beneficial an effect on limiting the power of crime syndicates. As evidenced by a 2017 study, the introduction of legal marijuana in counties closest to the Mexican border decreased homicides and aggravated assaults. The study’s author indicated that legitimate sources of marijuana lowered demand for smuggling from Mexico, which reduced the activity of Mexican drug traffickers’ activities and the violence which accompanies these organizations. Likewise, gang violence would decrease because a legal alternative lessens the need for distribution to drug dealers. Furthermore, legalization allows for greater regulation, which not only gives the government more control over the manufacturing and distribution processes but also allows for more tax revenue. By legalizing recreational drug use at the federal level, the United States government can improve its economy and society by reducing crime, lowering its prison population, creating more stable households and communities, and establishing a legal market it can regulate and tax.

To conclude, there must be legalization and regulation of recreational drug use. Decriminalization does not go far enough because it merely increases the demand without increasing the supply. This theoretically would allow the illegal production and sales of drugs to flourish. Legalization would create jobs, provide more certainty in purchasing drugs, and it would decrease the ability for illegal drug manufacturers to make money. This should decrease their presence in our communities. Finally, legalization would prevent homes from being torn apart as a result of non-violent drug arrests and convictions.