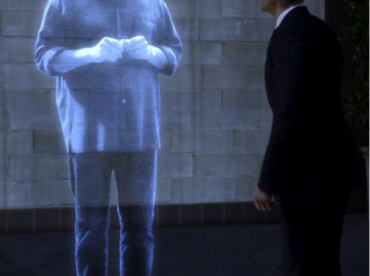 Not long ago, the death of an actor also meant the death of his or her characters. If the actor died before filming was complete, there may have been no other choice but to scrap the movie altogether. Now, however, advances in technology have made it possible to digitally “resurrect” actors, thereby potentially saving both the characters and the films.

Thanks to continuing improvements in computer-generated imagery (CGI) technology, when Nancy Marchand died while filming The Sopranos or when Paul Walker died while filming Furious 7, their characters were able to live on despite their deaths until the writers were able to write in a more natural exit for the character. Most recently, in December 2016, Peter Cushing virtually reprised his role of Grand Moff Tarkin in Rogue One: A Star Wars Story, despite his death in 1994. These digital resurrections are not flawless, but they are often unnoticeable to the untrained eye. Furthermore, the recent improvements in CGI quality suggest that a computer-generated actor that “will fool even experienced professionals” may not be far off.

CGI technology may have a lot of positive benefits in the film industry. For example, the increasing quality of CGI technology has the potential to mitigate some of the risk associated with filmmaking. There is a risk inherent in depending on an actor whose untimely death could prevent a film from being finished. Before the availability of CGI technology, producers and investors had to rely solely on cast insurance to insulate them from this type of risk. Now, CGI technology could work to give producers and investors some more peace of mind because an actor could always be digitally added in posthumously using this technology.

Additionally, CGI technology allows actors to continue to earn income for their estates after death. For example, Marilyn Monroe was able to earn $6.5 million in 2008, despite her death in 1962, from her appearance in a Mercedes-Benz advertisement. This trend has actors looking to legally protect and control their post-death images. Mark Roesler, chairman and CEO of CMG Worldwide, noted that many of his clients “are engaged in actively negotiating the use of their or their loved ones’ computer-generated images in movies, television or commercials.” Laws dealing with the right of publicity are in place in many states that allow actors and their estates to do this. For example, California enacted the Celebrities Rights Act in 1985, which protects celebrities’ images after their deaths by requiring permission from a celebrity’s estate before using the celebrity’s image.

The state-based nature of the right of publicity creates a patchwork of laws across the nation, which results in a “race to the bottom of the free speech ladder, forcing all media to tailor their content to the most plaintiff-friendly or speech-unfriendly jurisdiction around or else (1) face uncertain and potentially daunting liability or (2) selectively avoid particular jurisdictions” and, therefore, turns “certain jurisdictions into magnets of litigation and pariahs of content—none of which is healthy.” In the mid-1990s, the International Trademark Association and the ABA’s Intellectual Property Section advocated for a federal right of publicity, and a number of law review articles have taken the same position; however, despite this support, a federal statute has not come to fruition.

Now, with the increase in the capabilities of CGI technology, the actors’ union SAG-AFTRA has begun lobbying for protections like California’s in other states. With the advances we have already seen in CGI technology and in anticipation of likely further advances in the technology, it is more important than ever that the problems caused by the lack of uniformity among the states are resolved. It seems clear that a federal law dealing with the post-mortem right of publicity is necessary to ensure that a celebrity’s estate is adequately protected after the celebrity’s death.