Since the late 1950’s the National Labor Relations Act has not seen any significant changes, allowing laws that were meant to govern a very different time period to remain as the bedrock of collective bargaining. Today, unionization rates demonstrate the challenges that unions are facing, with only 10.5% of the American workforce being represented by unions. It is time to approach collective bargaining from a new vantage point, in order to strengthen workers’ voices and ensure a more equal balance of power between labor and management.  One concept that has begun to gain national attention during the 2020 Democratic presidential primaries is the idea of sectoral bargaining.  As more candidates support sectoral bargaining and push to reimagine the system under which workers collectively bargaining with their employers, a strong case can be made for a drastic change to federal labor laws.  Following in the footsteps of many other industrialized nations, sectoral bargaining would enhance political and economic equality, while giving labor a more prominent seat at the negotiation table.

Sectoral bargaining allows workers to bargain with employers within an entire industry, while also allowing elected officials to have a seat at the bargaining table.  Workers choose a union to bargain on their behalf and the union then works with employers within an industry to set wages, safety standards, health insurance rates, and other negotiable terms of employment.  Employees within a certain occupation, or within a defined geographic area can come together to bargain with all of their employers.  However, currently in the United States, workers must come together to bargain with their own employer, allowing unionization to only take place within individual companies or workplaces.  While this system does give workers some leverage over employers, through the use of collective action, allowing sectoral bargaining would give workers more bargaining power.  Threats of strikes across an entire industry are more persuasive than just having workers strike against a single employer.  While sectoral bargaining has no legal backing in United States labor law, the 2012 fast-food worker’s strike in New York demonstrates the ability of an industry to come together to demand actions from employers.  After fast-food workers from multiple chains and multiple stores walked out, they demanded a $15 minimum wage, which became known as the “Fight for $15.”  While they did not have a union represent them to achieve this wage, their collective action across an entire industry forced states like New York to raise their minimum wage, agreeing to a gradual increase in wages that would result in $15 an hour.  Examples like the “Fight for $15” show how large groups of employees can come together and fight for a better work life, while not allowing any company in an industry to have a distinct advantage in areas like workers’ pay. Instead all companies and workplaces in an industry, like the fast-food industry in specific regions, must abide by the same terms of employment, like a $15 wage, so that there is a level playing field across the industry.

Another example is the teacher strikes that have taken place in states like Arizona, Colorado, and Oklahoma, where teachers from schools all across those states went on strike to demand better pay and working conditions. Teachers came together from many schools to demand that all schools in their states improve not only their own working conditions, but the environment in which students were receiving their education.  Once again no union represented all the teachers, but an entire industry across several states worked together to use their collective voices to improve their working conditions and demand action. While one group of teachers going on strike may not have made state governments come to the negotiation table, the large swath of teachers forced states to take action and meet some of the teachers’ demands. Instead of hoping that groups like teachers will band together to challenge an entire sector of employers without legal protection, national labor law should ensure that those in an industry who wish to act collectively can negotiate with employers in an entire industry, not just in each individual workplace.

Due to low unionization rates and the suppression of workers’ voices, labor issues can no longer be fixed by small changes, instead the United States needs broad sweeping reform if it plans to once again strengthen the voice and freedom of its workforce. While sectoral bargaining would require vast changes to federal labor laws, this singular idea is becoming front and center in the 2020 Democratic presidential primary. Candidates like Elizabeth Warren, Bernie Sanders, Pete Buttigieg, and past candidates such as Cory Booker and Beto O’Rourke all released new labor reform proposals that would implement a system that either resembles or is identical to the concept of sectoral bargaining.  With a surge of support for a proposal that would have once seemed far too left of mainstream to have ever garnered widespread support, sectoral bargaining has begun to work its way into serious proposals.  As workers continue to be disadvantaged and employer’s grasp on power leads to lower wages, American workers are beginning to recognize the need for more dramatic tactics to ensure a more equal balance of power between labor and management. Building upon the European model where “centralized bargaining has been limited only by the size of the workforce itself,” American labor law could allow sectoral bargaining, to ensure maximize participation of the workforce in negotiations with employers.

Sectoral bargaining offers workers the chance to come together from across an industry and fight for what they believe to be better working conditions.  Not only would workers who are already able to unionize become more empowered under a sectoral bargaining framework, but other workers who are not currently guaranteed the right to collectively bargain, like farmworkers, domestic workers, and independent contractors, would also be brought into the fold.  New sectors of workers would be represented by unions, as standards would be set for all industries, bringing employers to the table and requiring them to work together towards an agreement that allows their businesses to flourish, while protecting the rights and the integrity of their workforces.  With a new swell of support for sectoral bargaining during this 2020 presidential election real change seems to be front and center.  Importantly, this new call to allow workers to come to the bargaining table as one unit for an entire industry, would allow outdated federal labor laws to be replaced by a more fair, just, and modern standard that focuses on protecting the American workforce. Instead of workers being left at the kids table while management controls the negotiations, the American worker would be empowered to join management at the bargaining table as an equal. 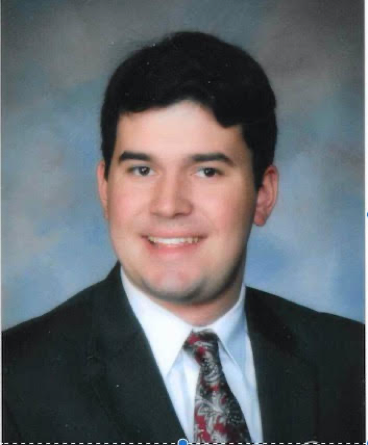 Gregory Nelson is a J.D. candidate for the Class of 2021 at Cornell Law School. He graduated in 2018 from Cornell University with a B.S. in Industrial and Labor Relations. He is highly interested in the area of labor and employment law and plans to continue to perform research and eventually practice in this area of law.