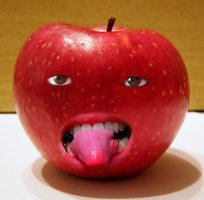 The apple: it appears wholesome, clean and is purported to “keep the doctor away.” Nonetheless, appearances may soon be questioned. The USDA has approved Canadian company Okaganan’s “arctic apples” or apples genetically modified to avoid browning. The apple has had it’s genes altered to ensure that the enzyme that produces browning in the apple is deactivated.

The USDA approval means these apples can be grown in the United States and will likely further invoke debate from those who believe that this is an example of regulation that “continues to fail” to properly regulate GMOs and those who believe that GMOs are clearly safe. However, the question of what could be done or should be done requires a bit of probing into the US regulatory system.

Gradual breeding techniques have been used for centuries to create the foods we know and love today. Over a long time, farmers gradually selectively breed the antecedents of corn to get the fruitful plants we see today.

The goal of the purveyors and creators of genetically modified plants is to, quickly, create plants that are either more fruitful or more profitable or both.   These techniques are several decades old in advancing things that enhance the profitability of farming. It is only recently that genetically modifications have begun to be used to change things that consumers see like apple color.

The FDA has responsibility for food safety. The FDA currently holds that Genetically Modified Crops are “substantially equivalent to non-GM crops.” They do not require individual pre-market testing.  In other words, those “arctic apples” do not have to undergo any safety testing or labeling before being sold in the United States.  This FDA determination is based on previous studies of the genetic modification process in the agricultural industry generally, not necessarily the specific crop product. Nonetheless, the arctic apple has been submitted to extra FDA testing.

When we discuss what kind of changes should be made to the GMO regime, even critics are not on the same page. Some suggest, adopting the maxim that “sunlight is the best disinfectant,” that labeling be pursued.  If this approach were taken, consumers would know exactly which products are genetically modified.

Further, consumers would have access to make that information individually independent of scientific determinations of safety. This is most attractive, perhaps, to those such as food scientist Marion Nestle who argues that food shoppers could express other values while shopping. Genetically modified organisms are tied with certain agricultural practices that shoppers may not approve of even if they are safe to eat. Labeling in this sense attempts to restore power to the shoppers.

Certain grocery chains, like Whole Foods, have already agreed and undertaken a policy to label all genetically modified food in the near future. Nonetheless, voluntary private labeling has drawn criticism from those concerned that absent restrictions on using the term organic things like “arctic apples” may be errantly marked as organic by supermarkets or that the labels may be insufficiently conspicuous.

Now, the arctic apple’s producer has expressed an intention to brand his apples with a snowflake. That may or may not be too innocuous.  This would give consumers voluntary access to this information. Okaganan appears to be a good corporate citizen by going above and beyond and labeling all it’s apples – although, clearly, it is also interested in branding.

Another policy, supported by the American Medical Association, supports enhanced pre-market testing for every new GMO to hit the market. This policy would resolve some current concerns about safety but not necessarily increase the ability of consumers. It would also address the concerns about changes in allergies in the general populace.

The American Medical Association views the underlying food purely as a safety and scientific issue but also wants the food to be more individually guaranteed. This policy, looking into the merits of the crop including the arctic apple, would put more of an onus on the companies involved and significantly delay apples or other fruits coming to market. This additional time as much as advertising is equally likely to cause a slowdown on the production of biotech innovations but less likely to cause a general consumer revulsion.

New regulation may increase costs which could be passed down to the individual consumers.

This is the sort of debate in how we regulate things that tends to recur throughout American history. The original “sunlight is the best disinfectant” quote, after all, dates from Justice Brandeis during the Progressive Era.

As such ultimately, the policy debate here does not end with scientists or regulators or legislators but reaches deeper to all of us. And it goes beyond the extra effort Okaganan is making by submitting to extra testing and extra labeling.

What do we expect out of our government for our apples and how much do we trust our people to understand them? Until we resolve that, these issues will continue playing out in ways that have momentous impacts on the agricultural and farm real estate industries.