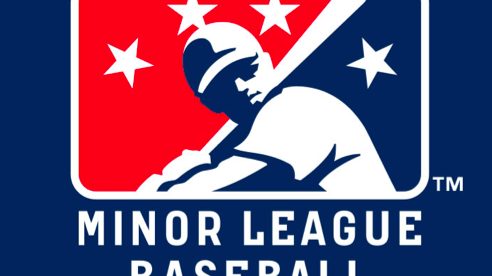 People are often quick to criticize professional athletes for the amount of money they make. And within the world of professional sports, baseball players often make more money than their peers in other professional sports. Some of the reasons for this, as some have pointed out, are that Major League Baseball (MLB) has no salary cap, the MLB has a strong players’ union, and sports agents wield a tremendous amount of power.

Compared to other major American sports, Major League Baseball also cultivates talent in a unique way. In the National Basketball Association (NBA) and the National Football League (NFL), professional teams typically recruit players from college. In the National Hockey League (NHL), there are minor league teams, but there are numerous leagues, and individual teams do not have contractual control over all players on the team. In baseball, however, virtually the only way that a player reaches the MLB is by progressing through Minor League Baseball (MiLB). MLB teams typically exercise control over 3-5 MiLB teams, and the MiLB teams have contractual control over all of their players. This level of control has led to unequal bargaining power that teams have over their players, which has not only resulted in MiLB players being paid remarkably less than their peers in the MLB, but even less than others in a variety of entry-level jobs.

Further, MiLB players make less than the federal minimum wage, do not collect overtime pay, and only make money during the season, meaning that the expenses for any work they do to prepare for the season comes out of their pockets directly. MiLB is also exempt from federal antitrust laws, “which are designed to protect trade and commerce from unlawful restraints or monopolies.”

In the MiLB, players are often traded between different teams, and often, a single MLB team’s various MiLB teams are located in different states. Therefore, it would be difficult for MiLB players to rely on individual state laws for a fair minimum wage. In a national sport, where players are constantly traveling between states across the United States, the federal minimum wage becomes crucially important for the employees to survive. And unlike the MLB, MiLB players do not have a union which can advocate for better wages on behalf of the players.

In response to these issues, minor league players filed a class action lawsuit in the Ninth Circuit against MLB (Aaron Senne, et al v. Kansas City Royals Baseball Co, et al), posing the question “Are defendants required under wage-and-hour laws to compensate minor league professional baseball players?” There are two other class-action lawsuits which have been filed in Arizona and Florida to address the same issue. Hopefully, the courts will find that MiLB players deserve to, at a minimum, qualify for the federal minimum wage, and only time will tell whether MiLB will receive any sort of parity with what MLB players make.