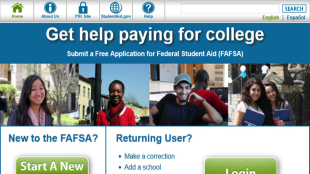 Maybe it’s just because I’m a student, but it seems like every day there are new articles online about the decline of the American education system. Whether it’s test scores or school funding, we are constantly competing with other countries on several metrics. We know highly skilled workers drive our economy, so what are we doing to encourage people to go to college? Not enough. The choice whether or not to attend college is generally only made once, where costs—including both tuition and information costs—are imposed up-front, and benefits—potential earnings—are spread out over a long period of time. For many people, college seems unattainable or not worth it. In fact, 64% Americans think that President Obama’s goal of regaining the highest proportion of college graduates by 2020 is “not at all likely to happen” because “most people can’t afford college.” To tip the cost-benefit analysis in favor of attending college, the federal government provides student aid to lower costs. Still, to even have a chance at receiving federal aid, students must first navigate the bureaucratic beast known as the Free Application for Federal Student Aid, or FAFSA. When faced with the 108-question long complex form it is not hard to [read more] 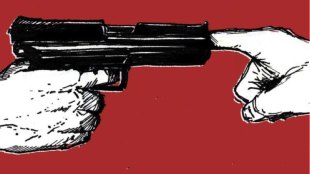 Over twenty years have passed since President Clinton signed the Brady Handgun Violence Prevention Act (known as the “Brady Act”). With the publicity surrounding recent school shootings and other mass shooters, people are outraged over gun control policy. Within the past year, there have been forty-seven school shootings. Twenty-six of the school shootings resulted in injury or death to innocent victims, whereas the other shootings were either attempted or completed suicides, where no bystanders were injured or killed. The History of Gun Control To understand the current-day gun policy, a historical approach must be taken. The Second Amendment, which was ratified in 1791, reads, “A well regulated Militia, being necessary to the security of a free State, the right of the people to keep and bear Arms, shall not be infringed.” Around that time, there were even laws that required every able-bodied man to possess a firearm and enroll in the militia. Federal gun control started in the early 1900s, and over the years, there have been numerous additions and amendments. One law, known as the Gun Control Act of 1968, banned mail orders of shotguns and rifles and was spurred by the tragic assassinations of Martin Luther King Jr. [read more]

In the wake of the Paris attacks, much of the debate concerning refugees has resurfaced. There have been many talks centered on governors and other state officials trying to block Syrian refugees from entering their respective states. A majority of polled Americans want to block these refugees from coming to America. One interesting thing to note though is that governors may speak loudly, but they cannot block refugees from entering their states. President Obama has the federal law on his side, where he can admit refugees based upon humanitarian concerns. However, constitutionally speaking, governors do not have to aid President Obama in settling refugees into their respective states because the 10th Amendment limits the federal government’s power over the states. Additionally, Congress could enact new legislation to stop refugees from entering the United States. There is a fear that terrorists may try to infiltrate the United States through the refugee program, but that fear is misguided because many people do not know how the vetting process for refugees works. The first step for anyone seeking to resettle in another country as a refugee involves a lengthy application process with the United Nations High Commissioner for Refugees. The UNHCR is an [read more] 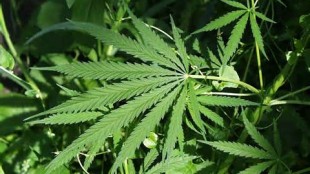 With the dawning of the 2016 Presidential election, questions about future of marijuana are beginning to emerge, and the candidates have not been shy about vocalizing their stances. Recently, a Democratic candidate, Hillary Clinton, spoke out about marijuana’s current classification as a Schedule I drug. Clinton believes marijuana should be considered a Schedule II drug, which the federal government recognizes as having a medically accepted use. Alternatively, Republican candidate John Kasich reaffirmed his position against marijuana legalization during his appearance on “The Late Show.” While opposition may still materialize in the future to stop this change, there exists a current trend towards the legalization of marijuana because many states believe it will stimulate their economies.  Currently, four states plus the District of Columbia have legalized the recreational use of marijuana, and many more states are on the verge of doing so. Not surprisingly, many Native American tribes are also looking into potential marijuana operations. They, too, view marijuana as an opportunity for economic empowerment. One tribe is even looking into opening the first “marijuana resort” where guests can freely smoke while enjoying several other amenities. The benefits of these business ventures are plenty. However, there are looming legal concerns that [read more] 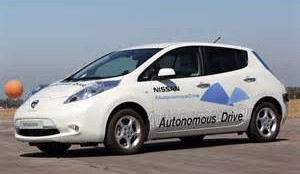 In fact, autonomous vehicles are supposed to be very safe. Widespread adoption of AVs promises to drastically reduce car accidents resulting from human error, which comprise over 90 percent of car accidents and cost over $400 billion every year. More importantly, AVs could reduce car accident fatalities by 95 percent. But some accidents cannot be avoided. What happens in situations of unavoidable harm, where the AV becomes required to choose between two evils? [read more] 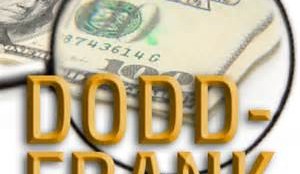 The Dodd-Frank Act protects whistleblowers from retaliation by their employer. However, to get that protection as a whistleblower, to whom must a concerned citizen disclose their information? That is a complicated question. Subdivision (iii) of subsection 21F(h)(1)(A) of the Dodd-Frank Act provides protection against retaliatory discharges, discrimination, and demotions for whistleblowing employees who make disclosures protected by the Sarbanes-Oxley Act, which includes disclosures made internally, without any notification to the SEC. Subsection 21F(a)(6) of the Dodd-Frank Act provides that “‘whistleblower’ means any individual who provides…information relating to a violation of the securities laws to the [SEC].” Here is the problem: 21F(a)(6) unambiguously requires disclosure of the wrongdoing to the SEC, and subdivision (iii) unambiguously protects whistleblowers who only disclose the wrongdoing internally to their employer (without any disclosure to the SEC). It appears that these two provisions directly contradict each other. Given a literal reading, 21F(a)(6) would exclude internal whistleblowers from the Act’s protections despite subdivision (iii)’s protections. Surely, this cannot be the way the Act was intended to be construed; why would Congress include subdivision (iii), only to have it partially negated by a different subsection. Judge Newman of the Second Circuit Court of Appeals opines that these provisions are “in [read more]

What happens when New York City throws a landmark Supreme Court decision out the window? A $1.1 billion lawsuit. On September 28, 2015, the owner of Grand Central filed suit against New York City for allegedly taking $475 million in property rights preserved from Penn Central v. New York City and giving them away for free to the city’s largest landlord. For those who have not read the legendary Penn Central case, here is what happened: New York City’s Grand Central Terminal was designated a historic landmark in 1967, which completely foreclosed its owner’s plans to construct an office tower above the terminal. The owner, Penn Central, filed suit against the city alleging an unconstitutional regulatory taking. At issue in the case was the city’s power to take private property for public uses. In what is known as the “Takings Clause,” the Constitution of the United States provides that “private property shall not be taken for public use without just compensation.” Penn Central argued that by restricting the vertical development of their property, the city had taken valuable “air rights,” thus the city was required to compensate Penn Central. The case ultimately went to the Supreme Court where the Court [read more]

On August 11, 2015, leading human rights organization, Amnesty International, passed a resolution calling for the “full decriminalization of all aspects of consensual sex work.” Amnesty International is not the first major human rights organization to call for the legalization of the world’s oldest profession. The World Health Organization, UNAIDS, UN Development Programme, Global Alliance Against Traffic in Women, and Human Rights Watch have all advocated for the decriminalization of prostitution to address an array of human rights concerns, from the transmission of HIV to human trafficking.   Not surprisingly, Amnesty International’s resolution was not universally praised. The Coalition Against Trafficking in Women International (CATW) quickly responded negatively and posted a petition on Change.org urging Amnesty International leaders to “Vote NO to Decriminalizing Pimps, Brothel Owners, and Buyers of Sex.” Currently, the petition has over ten thousand signatories, including celebrity activists such as Meryl Streep, Kate Winslet, Anne Hathaway, andLena Dunham. The symbiotic relationship between global human rights organizations and the celebrities who publicly support their platforms is certainly not new; we live in a world where Angelina Jolie’s work with the U.N. is more press-worthy than that of General Assembly President Sam Kutesa. Particularly within the discussion of sex [read more] 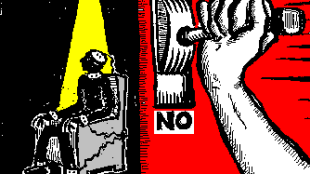 Recently the Supreme Court heard arguments on the constitutionality of Oklahoma's drug protocol using midazolam. This could signal the Court's ruling. [read more]

The interplay between prosecutorial discretion and the death penalty raises potent questions about the constitution and criminal justice system in America. [read more]
« 1 … 9 10 11 12 13 »