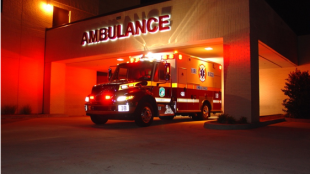 (Source)   Some services are inherently seen as the responsibility of the government rather than a profit-generating opportunity. When we think of public services, certain stereotypical functions come to mind. National parks, public utilities like water, and local police forces are examples of services that are traditionally “public,” but have been privatized to different extents. This may stem from incentives to make management more efficient or financial pressures on local municipalities. Other public services have had private counterparts to accommodate differing preferences. For example, There is a long history of private schools and public-school working in tandem to teach pupils. There has been a spike in the privatization of public services since the economic recession in 2008. With the privatization of goods and services comes cost-minimizing and profit-maximizing techniques implemented in the private sector. As one can imagine, privatization can drastically change how a good or service is provided to the general public. For example, Emergency Medical Services (EMS) extend from ambulatory organizations to branches of the fire department and are seen as a stereotypically traditional “government” service. However, private equity investors starting from the early 1990’s—booming during the 2008 recession—have invested heavily in the industry in efforts to privatize [read more] 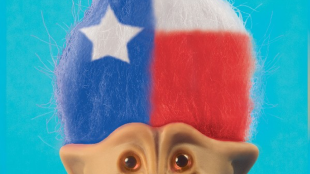 (Source)   Background Though Silicon Valley, San Francisco, and Boston are regarded as the epicenters in science and technology, East Texas has been the major venue in patent litigation for leading tech companies such as Apple, Samsung, and IBM. A significant number of the disputes in East Texas is litigation brought by non-practicing entities (NPEs), also known as “patent trolls”, that do not develop research or technology but rather use patents and amass patent portfolios to threaten companies with patent infringement litigation. District courts in East Texas have drawn the ire of NPEs for the courts’ favorable treatment towards plaintiffs asserting their patents. NPEs have consistently had higher success rates litigating in Eastern Texas at 52% than in other popular districts such as Northern California at 13% and Delaware at 25%. Unsurprisingly, Eastern Texas hosted the most decisions involving NPEs as well. This blog post will touch upon the changing forum landscape trends of patent litigation involving NPEs, as well as the existing issues that still need resolution.   NPEs’ real estate in the patent landscape Despite the patent system’s goal to promote progress through incentivization, NPEs have established a substantial piece of real estate in the patent landscape with [read more] 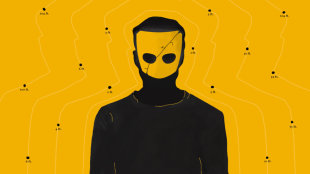 (Source)   Imagine having someone show up unannounced at your home and work demanding sex from you. Now imagine it happening over 1,400 times. For Matthew Herrick, no imagination is necessary—he lived it. Over the course of a year, an ex-boyfriend used the dating app Grindr to impersonate Herrick and advertise sexual meetups, post crude photos, and share pinpointed locations allowing hundreds of different men to harass Herrick and demand sex from him at his home and work. When Herrick refused, many of the men threatened violence. Herrick filed multiple complaints with Grindr, but it did little to take down the fake profiles or prevent Herrick’s ex-boyfriend from using its service. Fearing his life, Herrick filed a lawsuit against the app. In Herrick v. Grindr, LLC, Herrick alleged, among other things, that Grindr was negligent and should be held accountable for ignoring Herrick’s complaints and allowing its defective platform to be used in a way that placed Herrick in danger. However, Grindr claimed that it had immunity under Section 230 of the Communications Decency Act (“Section 230”), specifically the “Good Samaritan” subsection (47 U.S.C. § 230(c)). The Good Samaritan clause deems that “interactive computer services” (“ICS”) cannot be treated as [read more] 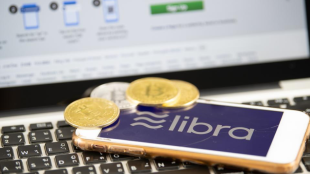 (Source) The SEC’s position on whether cryptocurrencies should be — or can be — classified as securities is far from clear, making it difficult for the public to understand how the cryptocurrency and token industry will be regulated by the federal government. In March 2019, Coincenter — a blockchain legislative advocacy group — published correspondence explaining that the SEC’s staff analysis confirmed that Ethereum and similar cryptocurrencies (including Bitcoin) are not subject to securities laws. Previously, in June 2018, SEC Chairman Jay Clayton stated in a CNBC interview that Bitcoin was not a security. These statements have created a precedent and have led to confusion as the SEC now tries to re-adjust the parameters regarding classifying cryptocurrencies given the surge of initial coin offerings (ICOs) and token launches over the past few years. The Securities Act of 1933 and the Securities Exchange Act of 1934 state that transactions qualifying as “investment contracts” are deemed securities and thus are subjected to SEC oversight regarding disclosure and registration requirements. Traditionally, the SEC has relied on the Howey test for determining the classification of a security. The Howey test, which arose following the 1946 Supreme Court case SEC v. W.J. Howey Co., offers [read more] 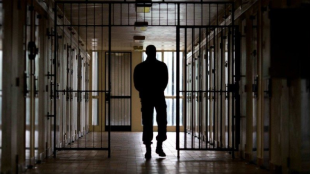 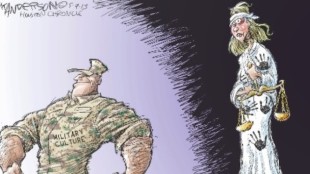 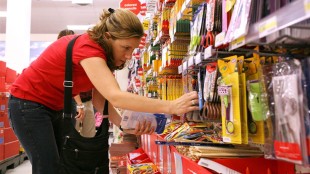 (Source)   In December of 2017, President Donald Trump signed into law the Tax Cuts and Jobs Act (TCJA) which generally went into effect on January 1, 2018. The TCJA, which has come to be known by some as the “largest tax overhaul in three decades,” has reformed many aspects of the individual federal income tax. Some of the more prominent changes include increasing the Child Tax Credit from $1,000 to $2,000, nearly doubling the standard deduction, and restructuring individual marginal tax brackets. In essence, the TCJA has effectively reduced the average tax bill for the majority of individual taxpayers across every income group. Despite some of its more positive changes, not all individuals received the relief they expected. In fact, what concerned many about the TCJA involved not what it changed about the tax code with respect to individuals, but rather, what it left unchanged—the Educator Expense Deduction. The Educator Expense Deduction, initially introduced in 2002 by Republican Senator Susan Collins and made permanent in 2016, allows teachers, teacher’s aides, principals, and counselors to take an above-the-line deduction for books and supplies that they purchase for their students if they work at least 900 hours per year. As it [read more] 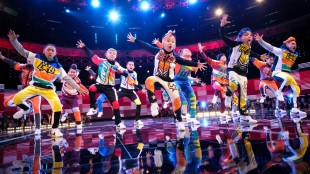 (Source)   In recent years, a number of television networks have created and successfully marketed shows focused on dance and choreography. These programs, such as So You Think You Can Dance, Dancing with the Stars, and World of Dance have created many jobs for choreographers and have, in turn, benefitted those choreographers by promoting their work and providing them recognition among dancers and nondancers alike. However, the structure of these programs and the process by which one might acquire ownership of the choreographic works implicate important issues surrounding copyright. As these shows grow in popularity, choreographers with recurring roles and amateur dance groups who appear on the programs might find themselves in trouble when later pursuing their own creative ventures, as much of their choreography is likely owned by the networks under restrictive contracts or under a doctrine known as “work-for-hire.” Copyright Law’s primary purpose is to fulfill Congress’ power under U.S. Constitution Article I, Section 8 to “promote the progress of Science and useful Arts.” Prior to 1976, choreography copyright was not expressly covered by law, but could be claimed under the category “dramatic works.” The Copyright Act of 1976 (hereafter, “the Act”) therefore introduced a new medium of [read more] 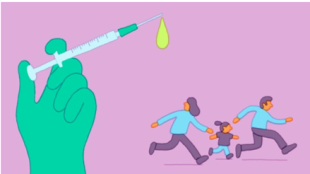 (Source)   Lately, vaccines have stirred up a lot of controversy. Anti-vaccinators have taken to the internet to expose supposed horrific results of the practice. This assault on a practice that is imperative to the health of our societies has turned heads and started debates. Misinformation about vaccines is all too common and public health organizations are doing their best to contest baseless assaults on the practice. Prominent public figures, such as Robert F. Kennedy Jr., are weighing in on the debate and contributing to the spread of misinformation.   Because of recent opposition to vaccinations, the United States is currently suffering from the worst measles outbreak in twenty-five years. The CDC reports that from January 1st to September 12th, 2019, 1,241 individuals have been infected with measles across thirty-one states. While the majority of these cases are found among unvaccinated individuals, the disease has become so pervasive that it is spreading to infants who are too young to be vaccinated. The House Committee on Energy and Commerce has identified the spread of preventable diseases as a growing public health threat. The current discussion and debate surrounding vaccines has drawn nation-wide attention. As a result, the government has started to [read more] 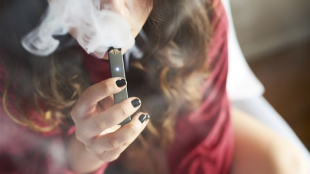 (Source)   As of September 17, 2019, there have been 7 reported deaths and 530 cases of lung injury associated with e-cigarettes and vaping. Doctors across the country are struggling to determine the true cause of this illness with a high incidence among vape product users. Doctors are unable to even prescribe a uniform diagnosis to the condition, with some using the term “vaping-associated lung injury,” or “VALI.” Many believe these vaping-related illnesses are due to additives—namely Vitamin E acetate—found in some THC vaping products. The Center for Disease Control and Prevention (CDC) has detected Vitamin E acetate in many of the samples tested during  , but it has not been present in all. While the CDC cannot conclusively determine that Vitamin E acetate is the cause of these mysterious illnesses, they recommend avoiding inhaling the oil. In response to this mysterious vaping illness, governments and private corporations alike are striving to heavily regulate e-cigarettes and vaping products. On September 11, 2019, the Trump administration announced it would seek to ban the sale of flavored e-cigarettes at the federal level. The U.S. Food and Drug Administration (FDA) is currently outlining a plan to remove all non-tobacco flavored e-cigarettes and nicotine [read more]
« 1 2 3 4 … 17 »